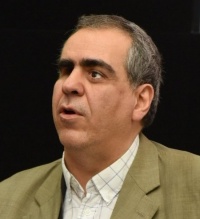 A photo of Steve.

Steve is Director of Technology for an international charity.

Steve is totally blind and is an avid reader of eBooks purchased online. He reads the books mostly though the speech on his smartphone talking incredibly fast. Sometimes he connects a braille display using Bluetooth, if he is reading a non-fiction title with tables or more complex layout. The availability of accessible eBooks has been a superb development for him, though he would like to see the ability to move around within the books improved.

The last book Steve read was “Ghost Boy” by Martin Pistorius, which he enthusiastically recommends. 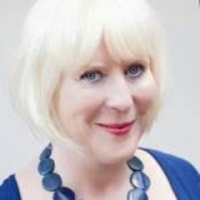 A photo of Anna.

Anna is chair of a London based non-profit, a professional mediator and experienced coach.

Being partially sighted from a young age, Anna has employed many strategies over the years to read print. She recounts that her nose sometimes bore the dark smudges of ink print as she held her newspaper close to her face on her daily train commute.

By choice Anna now reads audio books, but when this option is not available, she will turn to her lightweight e ink eReader. That’s how she is reading “The Hidden Tools of Comedy” by Steven Kaplan. Anna says that on her eReader the text can be made nice and big, the contrast is high, the fonts are clear, and her nose stays clean. 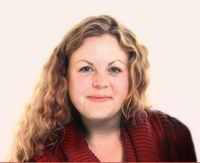 A photo of Holly.

Holly is an author and works as a specialist tutor.

Holly describes her reading difficulties as follows: “My dyslexia with mild binocular instability means that I read very slowly (40 wpm as opposed to (350-450), which makes reading a slow and exhausting experience. Also, the print shakes when I am tired or it is too small, so I normally have to cover up an eye or put on some blue glasses.”

“Healing ADD” by Daniel G. Amen is the eBook that Holly is currently reading. On her tablet she makes the background green, turns down the brightness, and makes the print quite large.

As well as an avid reader, Holly the author of the Defeat Dyslexia! book series for parents.

To learn more from people with disabilities about the benefits of accessible eBooks, there is a 2-minute video here

Prevalence of Reading Disabilities in the US

According to the 2010 census, about 8.1 million people in the US have difficulty seeing, including 2 million people who are blind.
Brault, Matthew W., United States Economics and Statistics Administration, United States Bureau of the Census. "Americans with disabilities: 2010." Current population reports. no. 131 (2012). Retrieved from: https://www2.census.gov/library/publications/2012/demo/p70-131.pdf

It is estimated that as many as 43 million US citizens have dyslexia. Slightly more than 2 million children are receiving special educational services for a reading disorder. http://www.ldonline.org/article/10784/